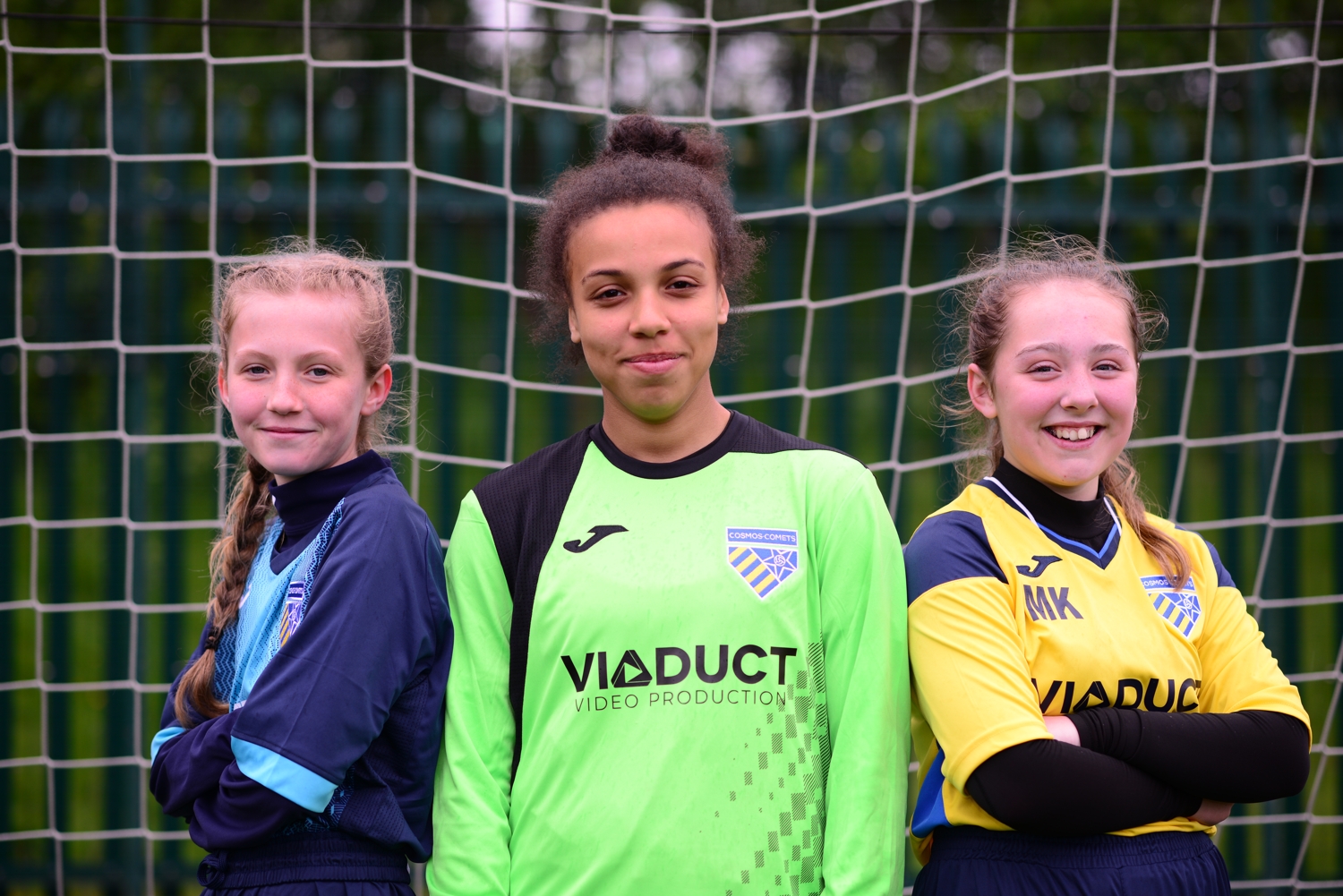 What does football have to do with web development?

The short answer is: Nothing.

The longer (and more interesting) answer is: Nothing, but when you are a small business owner, your passions and your company often overlap. If you’re lucky these overlaps are mutually beneficial and help you support causes you care about, none more so than the project I’m currently working on, the Stockport Cosmos Football Club website and this season I am really excited to announce that my business Village Web Company is sponsoring the Stockport Cosmos Comets Under 16s Football Team.

Through various family members I’ve been lucky enough to get to know the people behind two local junior football clubs. Stockport Cosmos and Signol Athletic are both run by individuals who care about providing opportunities for children (and adults) to play football.

Unlike Premiership clubs, grassroots coaches work for free and usually run training sessions after a full day at work. They devote their weekends to travelling to and from matches with their car boots full of mud, goal nets, footballs and those tiny bits of black plastic that get everywhere.

I’d love to say that I’m an amazingly skilled footballer, that I’ve grown up loving the game and am expecting a call up to the Lionesses, but unfortunately I’m rubbish at football, I only started occasionally watching it because my other half won’t miss a Premiership match and there is absolutely no chance of me getting an England cap, because I can barely kick a ball in a straight line. So why do I care about football?

I care about representation, particularly in tech and sport. I care about grassroots football and in particular I care about girls playing grassroots football. I care about opportunities for girls to do anything they want to do, especially things that have always been considered activities for boys and men. Sport and tech have a lot of similarities when it comes to representation. Nine year old boys and girls often love and participate in the same things, but when you fast forward a decade, the number of young women is often so vastly reduced that they barely exist.

When I was growing up I was very good at PE (as long as there wasn’t too much equipment involved) If you wanted somebody to run in a straight line and do it fast, or run and jump over something, that was definitely me. If it involved a ball, a net, a racquet, a hockey stick or anything similar, then that was definitely not me. I considered football as something that boys did, that I didn’t care about and had no natural ability for. Fast forward a few decades and it’s a very different story. Sponsoring a team was one of the many things I added to my “lifelong to do list” many years ago and I’ve finally been able to cross it off.

Stockport Cosmos is very much a family club, who care more about their players than any of the trophies they regularly win. They have teams ranging from an open age adult team, all the way down to the Development Squad for the five year olds in year one at Primary School.

Handing out branded hoodies to the girls at training a couple of weeks ago, absolutely made my week. As a small business it’s hard to get your name and brand out there to potential customers, sponsorship is one way of raising my business profile and every social media post I share about the club, let’s people know that there are local opportunities for teenage girls to play football.

Representation is very important for diversity. Every little girl that sees the England Lionesses on television realises that being a professional footballer isn’t only a dream for boys. There are now little girls up and down the country dreaming about pulling on an England shirt and scoring hat-tricks at the World Cup, but way before anybody gets the chance to play for their country or sign for a Premiership club, they usually play football with a grassroots club. All my local football clubs have women’s teams, so whether you support Manchester United, Manchester City or Stockport County, Stockport children can see themselves represented and the England football players of tomorrow are learning how to play football at clubs like Cosmos and Signol. There are very few young players in the Manchester United and Manchester City development squads that didn’t start at a much smaller grassroots club. This is where it starts.

I have loved building this site and can’t wait to do those final tweaks and make it public. Like lots of creatives I find myself getting “over-involved” in my projects. With this new website, I’ve redesigned parts of it, I’ve implemented new ideas and it’s tempting to just keep tweaking and never finish. Unlike lots of small organisations, Stockport Cosmos has access to a wealth of high resolution images and HD videos through their main club sponsor Viaduct Video and it would be easy to get excited about showcasing their impressive catalogue and throw on too many videos or forget to optimise those amazingly crisp images, so I’ve had to make sure that the final design doesn’t take ages to load or accidentally use a month of somebody’s phone data, when they actually just wanted to check the postcode for an away match! I’m on the home stretch now and can’t wait for launch day. Cosmos is a great club and they deserve a great website.

My footballing abilities are still embarrassing and I still don’t care about the Premiership, but I’m a proud supporter of my local grassroots teams and I still grin like a Cheshire Cat whenever I see my company logo on the back of a Cosmos Comet sweatshirt. It’s going to be a great season.

Here to help you with digital. As well as professional digital services I’m proud to offer help and support to our whole community as a member of the Online Centres Network, providing free help for anybody wishing to learn how to get online.